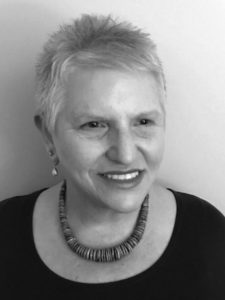 Originally from Maine, Ann’s entrance into the world of first responding began in her early teens where she served as a junior firefighter with her local department and the Wilderness Rescue Team in Maine. At age 18, Ann became the departments first female firefighter, an Advanced EMT and participated on a crew for Wildland Firefighting in California. Ann also served in law enforcement as the first female police officer in her town and worked with four different departments between 1982 and 1985. After a move to California and into the world of corporate America, Ann and her wife Chris eventually moved to Sharon Springs, bought a 350-acre Equestrian Center and have raised horses, cattle (and other pets) for the past 16 years, along with providing programs such as Inner City and Equine Assisted Learning through their non-profit Equine Awakenings, Inc. Ann is also Founder and Life Coach for New Awakening Life Coaching for the past 17 years. She has dedicated much of her time as a 4-H Leader, along with serving on the Cornell Cooperative Extension with the State Horse Education Advisory Committee, Board of Directors, and Executive Committee as Treasurer, and locally as an EMT/firefighter with the Sharon Springs Rescue Squad and Fire Department. Ann has participated as an Event Coordinator for Run 4 the Hills for First Responders for the past 4 years, and possesses a strong passion for her community and service to others. She currently serves as Treasurer for Hero Fund America.